You are here: Home / Thursday Post / What Do They Have in Common?

So – I’m recently chatting it up with a “pageant person” when it hits me.

All successful pageant contestants have 3 things in common.

Well that seems a little elementary, Carrie… Like – “That’s just a little too simple to be profound”… Right? 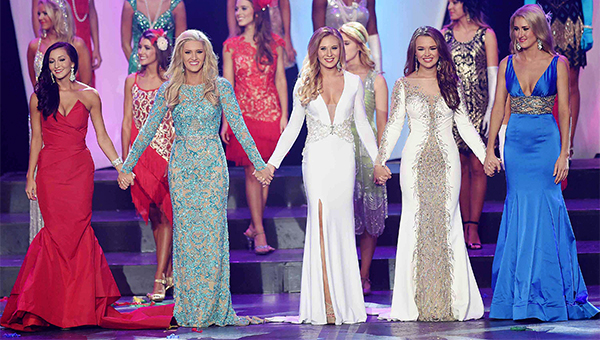 Those 3 things do sound simple.  And fairly easy to accomplish.  But, I gotta say, there’s a WHOLE LOT more behind each of those 3 items than you might originally think! Therefore, let’s do what I love to do and break it down a little bit more… 🙂

DO YOU KNOW WHO YOU ARE?

It’s crazy.  Pageant contestants are notorious for actually “trying to be” a pageant contestant.  It happens ALL THE TIME! Rather than just being ourselves, we try to emulate who we think we’re SUPPOSED to be on-stage.  We try to look/act/walk/talk like someone else – and you know what happens?  We lose ourselves in the process.  In short – we are no longer ourselves – instead, we become someone who looks like a pageant contestant.

Are you funny or artistic?  Are you goofy or silly?  Are you a book worm or do you have a quirky hobby? Are you serious and contemplative?  Do you enjoy things that other people think are a little bit weird?

If so – then guess what?  You’re going to be tempted to hide those things… To tuck them away so the judges don’t see them.  You’re going to wonder if you really should show each and every little-bitty part of yourself – or if you should just offer the parts of you that seem to “fit” on the pageant stage.  After all, you want to make sure you “look” like a pageant contestant, right?

Instead, know who you are, accept it, and be strong enough to show it.

Now – I fully realize, that’s a whole lot easier said than done!  But after speaking with 120+ state titleholders through our podcast, I can confidently tell you, that it’s the secret to doing well.  Without it, you’re sunk.

DO YOU KNOW WHAT YOU BELIEVE?

You know that phrase, “If you stand for nothing, you’ll fall for anything…”?  It couldn’t be truer – especially in a pageant. Judges are instructed to push contestants in the interview to find out what they believe – But, as contestants, they are to be judged based on how they communicate what they believe.

Where do you stand on social issues?  On the current presidential race?  On the matters that mean the most to you?  You need to know what you believe before you ever walk into the interview room.

And while knowing what you believe is a great thing – I’m afraid it’s not enough.  You also need to know how to communicate what you believe without sounding crazy-confrontational or completely spineless.  The Miss America Organization isn’t looking for robots, but they’re not looking to purposefully offend anyone either.  The balance is found between those two extremes and here’s why…

As a titleholder, you need to know how to handle yourself in all types of pubic situations – In front of crowds, in front of tv cameras, on social media, in front of anyone with a handy-dandy video recorder on their cell phone, etc…  It’s of supreme importance that the judges find someone who can handle herself in those situations and many more.  That’s why the woman who knows how to communicate what she believes, without offending anyone, is going to score big each and every time – I guarantee it.

Communicating without offending people doesn’t make you a wall-flower – it makes you relatable to ALL kinds of people… Which is pretty much the summary of your job as a major titleholder.

DO YOU KNOW HOW YOU’RE GOING TO MAKE A DIFFERENCE?

Do you have a new idea? Can you reach a new audience? Are you able to come to the table with something that your state has never seen before?  Do you have personal experiences that suddenly open doors which have never been open to Miss Fill-in-the-Blank before?

I realize – that’s A LOT of questions… But if you don’t know HOW you’re going to make a difference – then you’re just going to sound like everyone else in the pageant.  And ladies who blend in, rarely win.

However – when you know who you are, what you believe, and how you’re going to make a difference with the title – do you know what we call that?

We call that – A dynamic pageant brand that’s eye-catching and unforgettable!

Lots of ladies know they need these things listed above… But let’s be honest… Many of you don’t know how to do it – And you certainly don’t have the time to figure it out before your state pageant takes place.

Nearly 50 women have been working on their pageant brands through PJU since we opened the doors.  Their responses to the course have been amazing… Some say it’s opened their eyes to things they never realized they were doing wrong… Some say it’s confirming they were on the right track originally, but fell off course for different reasons… Some say it’s motivated and encouraged them in a greater way, because they’ve  stopped wasting time doing the wrong things.

Time is ticking away… If you don’t know who you are, what you believe, and how you plan to make an impact, then may I highly suggest that you begin to focus on these 3 questions with laser-like intensity!

Clothes and hair and makeup and shoes, can all change.  But the core of who you are, what you believe, and how you plan to make an impact, are part of your character.  And character reveals who you REALLY are…

With – or without a crown.