You are here: Home / Uncategorized / Is this Heaven? No, it’s the National Sweetcorn Festival…

In addition to “Pageant Math” it’s also a good idea to remember who has National Pageant Experience (meaning, they’ve competed as a ‘Miss State’ at some time during their life). When you’ve competed in a National Pageant you have a better understanding of what it takes to win (’cause you’ve been there, done that, brought home the t-shirt). Several girls fit this category in 2012 including:

“Other” National Experience = California and Kansas as well as North Dakota (all mentioned in earlier blog post under Veterans).

Miss Sweetheart Girls = If you’re not familiar with Miss Sweetheart, this is a pageant held during a Sweetcorn Festival over Labor Day weekend in Hoopeston, Illinois. All the 1st Runner Ups from across the country are invited to compete for the title of Miss Sweetheart. In our words, it’s a pageant to see who is the ‘winner of all the losers’ and has the potential to win their state the following year. 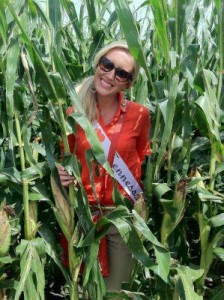 We have TONS of former Sweetheart contestants this year, including Alaska, Hawaii, Florida, Louisiana, New Mexico, New York, Washington, West Virginia, and Wisconsin. In addition, Nebraska, Idaho, Kentucky and Minnesota were all MAO Teens AND Miss Sweetheart contestants, giving them 2 National Pageants under their belts!

I find it super interesting that so many girls who have been to Miss Sweetheart are competing this year for Miss America. Here’s why… Miss Sweetheart hasn’t crowned a ‘winner’ since Tara Holland in 1995 (Tara won Miss Sweetheart before going on to win Miss America in 1996). In fact, only 1 Miss Sweetheart winner even went back to win her own state since 2005 (that means 5 other girls who were named Miss Sweetheart, didn’t even win their own state the next year). Makes me wonder if the judging at Miss Sweetheart isn’t as strong as it used to be? Or, could it be, that the MAO Teen program (which crowned its first winner in 2005) is now the new way for girls to gain National Pageant experience and Sweetheart doesn’t matter the way it used to?

What role do you think National Experience plays on the Big Stage?