You are here: Home / Thursday Post / Pageants and Politics… 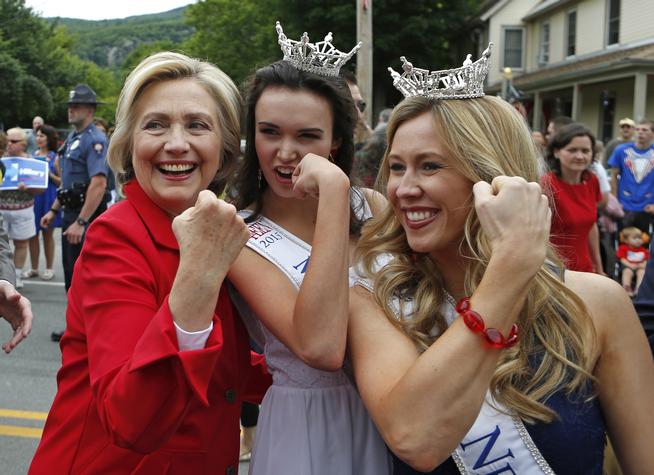 Well – Here’s a hum-dinger of a topic for you!

Given the significant political influence being exerted on our news cycle during this year’s Presidential election, I thought I’d write this week’s Thursday Blog Day post about Pageants and Politics…

I’ve always thought Pageantry and Politics were one in the same… They’re pretty much about making appearances, differentiating yourself from everyone else competing, getting people to “cast their vote” in favor of you, and having a great wave. 🙂

So – what can we learn from politics that parallels pageantry?  Here’s 4 things off the top of my head…

Politics and Pageantry are both about convincing people that you are able to do the job.  Not only that – but that you can do the job BETTER than anyone else.  That’s why politicians have paragraph after paragraph of different economic/health care/foreign policy plans on their website.  It’s as if they’re saying, “This is what I would do, if you vote for me”.

When was the last time you really dove head-first into a full plan of “what you would do,” if the judges gave you the crown?  Do you even have a plan for your year as Miss Fill-in-the-Blank?  Have you outlined it on paper?  Have you made the connections necessary to get you the visibility you need?  Are you expecting the judges to take you seriously even though you’ve done nothing to support your “plan” as Miss State?

If you’re serious about being a state titleholder, you need to have a plan.  A plan that’s different from everyone else.  A plan that makes sense.  A plan that causes people to say, “Wow… She’s really thought this through…” and “You know what?  That makes sense to me… I think she can do it and she’s ready to make an impact on a lot of people.”

It’s not your state or you local organization’s job to get the gigs for you.  It’s your job.  And when you have a plan that works, that’s how you win.

BOY HOWDY!  Do we have some “personality” within this year’s field of political candidates, or what???  And you know what?  I LOVE IT!  It’s so interesting to me because, for the most part, our culture tends to gravitate towards people who like themselves… And politicians who like themselves, tend to embrace the fullness of themselves with gravitas and bravado. 🙂

It’s the same thing in pageantry.  WE LIKE PEOPLE WHO LIKE THEMSELVES… People who can laugh at themselves, people who can admit their faults, people who are genuine, authentic, and know their strengths and weaknesses.

On the flip side – If you’re someone who’s trying to hide something… It’s a bad thing to try to hide it on a pageant stage.

Oh – You may not talk about it in your interview, and it may go unnoticed by everyone around you, but the contestant who is the most comfortable with themselves – and the most ‘at ease’ with who she has become as a person, will win every time.  Not because she does anything different – she just IS different!  She radiates!  She’s happy!  She’s not faking it!  And the judges know it.

If you’re serious about becoming a state titleholder, you need to get honest with yourself.  What are you holding back?  What are you hoping the judges DON’T see?  What are you wishing was different about you?  Figure it out – talk about it – and get comfy with it.  And once you begin to embrace the fullness of yourself with gravitas and bravado, that’s when you’re ready to win. 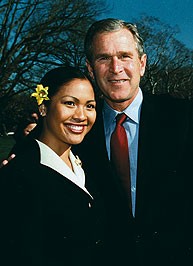 Trust me, politicians may be pressing the flesh and kissing babies for the ‘here and now’ – But they’re not short sighted.  They’re purposefully thinking about life in the LONG TERM – and you should be too.

You should leave the job of Miss Local or Miss State, better than when you found it.  You should gain more sponsors, do more networking, and purposefully set up your successor for a better year than you just had!  Yes, you should enjoy your year and treasure every opportunity – but don’t be fooled.  The title of Miss Whatchamacallit existed before you took the crown, and if you do your job correctly, it will still be around long after you’re gone.

Ask yourself, are you spending all your time working on you? Are you single-mindedly focused on your own preparations for the big competition?  Or are you making the most of your year by serving your local organization and leaving things a little bit better than how you found it?  Those are the kinds of skills that live way beyond pageantry – and have a way of producing winners in every walk of life.

HAVE THE ABILITY TO INSPIRE PASSION

Even in politics, it’s not about you.  It’s about something bigger than yourself.  That’s why you hear phrases like, “Let’s Make America Great Again” and “Of the people, By the people and For the people”.  Politicians know they need to tap into something that resonates with a majority of people if they’re going to get elected.  People need to believe in the vision that politician presents in order to cast their ballot for him/her.  When you touch people on that level, you get momentum – and a real movement begins.  A movement where other people start to “caucus” and “become a delegate” specifically for you.

When was the last time your words or your actions inspired someone else to “caucus” for you?  Have you changed someone else’s life in a way that makes them an ambassador for who you are?

Here’s what I mean… When you truly make a difference in someone’s life (by your words or your actions), people notice.  And when people notice, they tell other people about what you’ve done for them.  And when they tell others, you no longer have to do all the work yourself – OTHER PEOPLE are actually “caucusing” on your behalf!  They’re energized because of the impact you’ve had on their lives – and they’re more than happy to spread the word!

Do you have anyone “caucusing” on your behalf?  Do you have a strong enough reputation, that when someone says your name, people automatically have a positive response?  It’s your reputation.  And if it’s not positive, it’s up to you to change your reputation through your words and your actions.  Winners know how to impact people in a positive, passionate way (quick hint – it’s through service to others!).

And there you have it – 4 Ways Politics Parallels Pageantry!  Good Luck to everyone in the upcoming New Hampshire Primary – and All the Best to each and every contestant out there trying to win your dream title!

What do you think about politics and pageantry?  I’d love to hear your thoughts below!

As an avid fan of the Miss America Organization, Carrie began
publicly predicting pageant winners over 10 years ago.
Now, she leads an online movement of fans
known as “Pageant Junkies”.
Learn more about the Junkie Nation
by clicking here.