You are here: Home / Thursday Post / The Sophomore Slump

I didn’t even know what the Sophomore Slump was until I hit it.

After finishing as the 2nd Runner Up in my state (and watching the winner go on to win Prelim SS and make the Top 10 at Miss America), I came back my second year – only to finish out of the Top 5 altogether and only made the Top 10.

Fair Warning – Most of these things I’m about to suggest are counter-intuitive.  But that’s why they work. 🙂  So without further adieu… Here are 3 things you can do to avoid the Sophomore Slump…

If you’ve just done a fabulous job – and you’re super happy about your placement in your last year’s state pageant, you might be tempted to “do the same things” that allowed you to finish so high in the first place.  After all, if it’s not broke, don’t fix it, right?

Unfortunately, that’s a recipe for disaster.

Why?  Because doing the same thing over and over again makes your comfortable.  And appearing “comfortable” in front of the judges usually translates to one of two things…  Boring – or Crazy-Cocky.

If you’re Boring – that’s when you hear people say, “Ugh… She’s lost her spark… She looks like she’s just going through the motions now… ”  In essence, they’re saying – “There’s nothing NEW here… She doesn’t even look excited to be here…”

On the other hand – if you’re Crazy-Cocky – You’re wondering why there’s even a pageant in the first place.  After all, you’re the best thing that’s walked on that stage in decades – let’s just move on to the crowning ceremony and get this thing over with!

So – even though everything went well last time, you’ve got to challenge yourself.  You’ve got to “increase your game”… You’re got to try something new that causes you to grow, if you’re going to avoid the Sophomore Slump.

YOU STILL HAVE SOMETHING TO PROVE

Let’s be honest, you might’ve done well last year, but the reason why you didn’t win, is because someone else was better.

It doesn’t matter if you won overall talent – or if you were the top interview – or if you beat out 28 veterans in your first year competing – YOU DIDN’T WIN – Which means, you still have something to prove.

Here’s the pickle.  You know you did well at something… But you have to find a way to challenge yourself to be even better.  When I hit my slump, it’s because I knew what I was capable of – and I assumed I’d be able to prove it when the time came.  Honestly, I didn’t challenge myself to get any better – I thought I was already good enough. 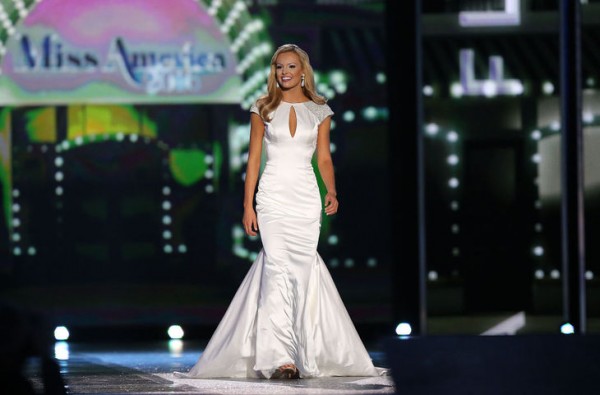 What I didn’t realize, was that there were plenty of other ladies who thought they should’ve done better at last year’s pageant – and they had “something to prove” as well!    In short – “Something to Prove” means you fully recognize the fact that nobody owes you anything based on last year’s performance.  Today – It’s a new ballgame.

Oh – and by the way – You can’t all of a sudden decide you have “Something to Prove” when you walk into your state competition. If you’re not motivated to prove yourself in the months leading up to your state contest, you could very well get eaten alive when the big week comes around.

Deciding you have something to prove gives you an edge.  And after a strong finish last year, that “edge” may be the very thing you need to take home the crown this time. 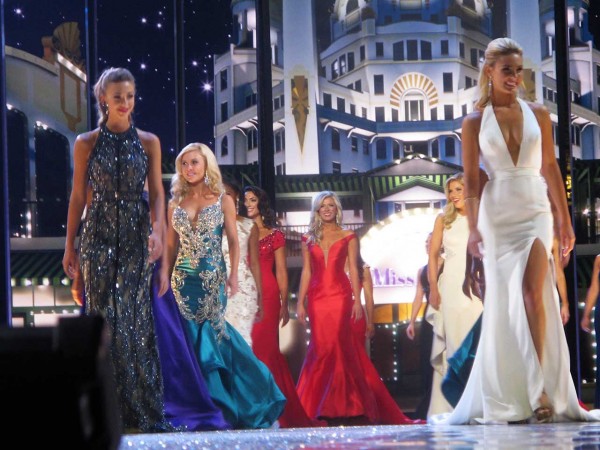 DON’T DWELL ON THE CROWN

I know A LOT of ladies who use visualization to help them in the process of reaching their goals.  Nothing wrong with it – Unless you’re visualizing the wrong things.

Most ladies I know visualize the moment when their name is announced and the crown is placed on their head.  That’s good – but I’m here to tell you, there’s something better.

When you spend all your time visualizing the RESULT of what you want, your brain actually begins to “coast”… it begins to believe the event has already happened.  And while that may offer you a great amount of relaxation during pageant week, it’s AWFUL preparation for the 4-6 months before your state pageant.  Here’s why…

If you begin to believe you’re the person in your vision receiving the crown, you’ll never be driven enough to win it.

But nothing could be farther from the truth.

Instead of spending all your time visualizing the crowning moment, you’re better off visualizing your Talent being performed PERFECTLY (hitting all the right notes, all the right leaps, etc).  Visualize completing each step of your work-out routine which leaves your body looking off-the-hook-fabulous.  Visualize your ability to offer personable, relatable, and well-informed answers during your interview, that blow the judges away.

Don’t visualize the result.  Visualize the process.  THEN your brain will jump into high gear to fuel your preparation towards your goal!

And there you have it!  Three Ways to avoid the Sophomore Slump at your state pageant!

Do you have any questions about the the Sophomore Slump?  I’d love to hear from you at ThePageantJunkies@gmail.com!