You are here: Home / Archives for Top 16 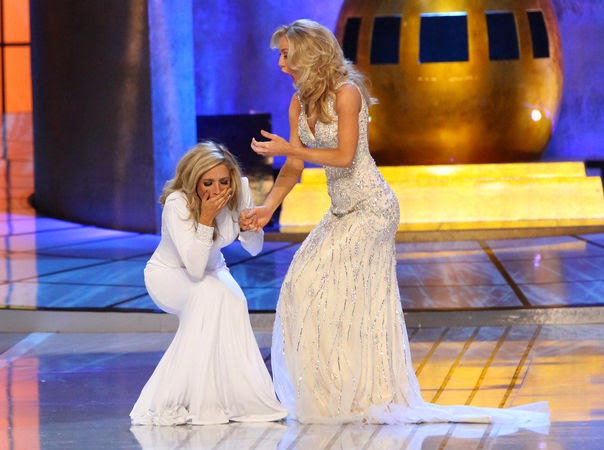 O – M – FREAKING – G!!!  Junkies have a ZILLION things going through our minds right now… it’s been all of 45 minutes since Miss America 2015 was crowned and I have much to say!  You might want to make sure you have enough time to read this before you get started!!! 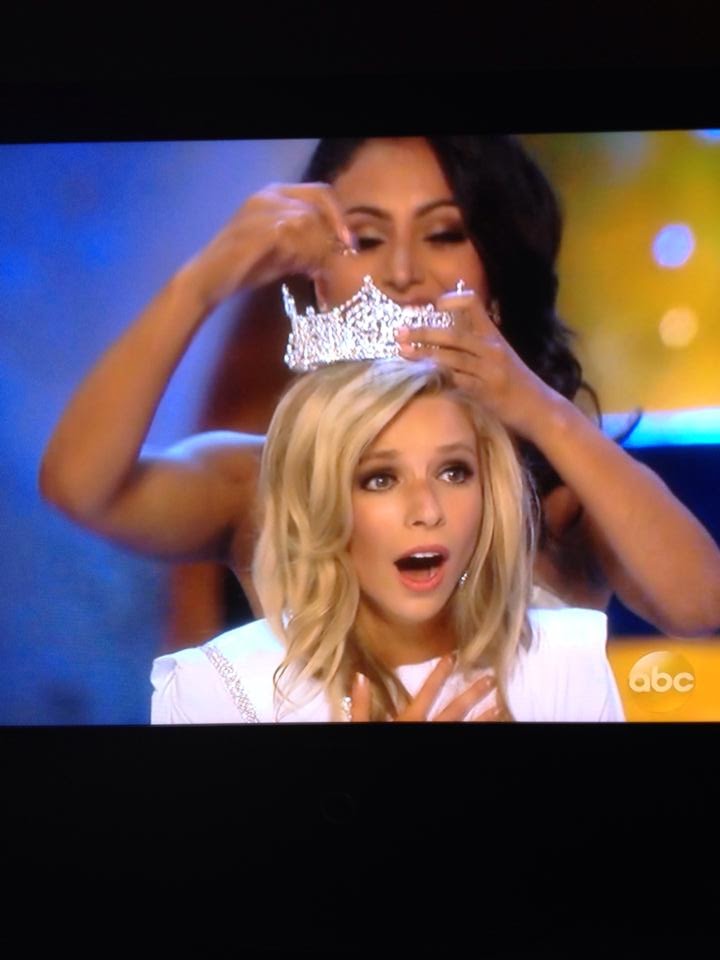 FIRST – Junkies wanna offer a HUGE CONGRATULATIONS to Kira… As we all know, earning the title of Miss America isn’t easy – and it’s a total crap-shoot (again – we use that term affectionately).  You’ve got to get 7 different people (the judges) to love you all at the same time – and Kira did just that!

We realize many of you have questions regarding how/why she won… So – Just for fun, we thought we’d go back and give you a condensed version of the blog we wrote when the judges were originally announced!  These 5 points were the factors we told you would play a significant role in who would become the next Miss America – according to the type of people we thought the judges were…

2. Substance Over Style – Lots of people think Kira didn’t answer her final question… But here’s how I interpreted the question… Paraphrasing… “What issue should the 20 women in the Senate take the lead on?”  Kira said, again – I’m paraphrasing –  “I think the issue they should take up is combating sexual assault in the military.  Women deserve to feel safe.”  That’s such an open-ended question that many girls would’ve stumbled.  You could’ve gone in a million different directions – but Kira (smartly) chose to relate her answer back to her platform and her passion. 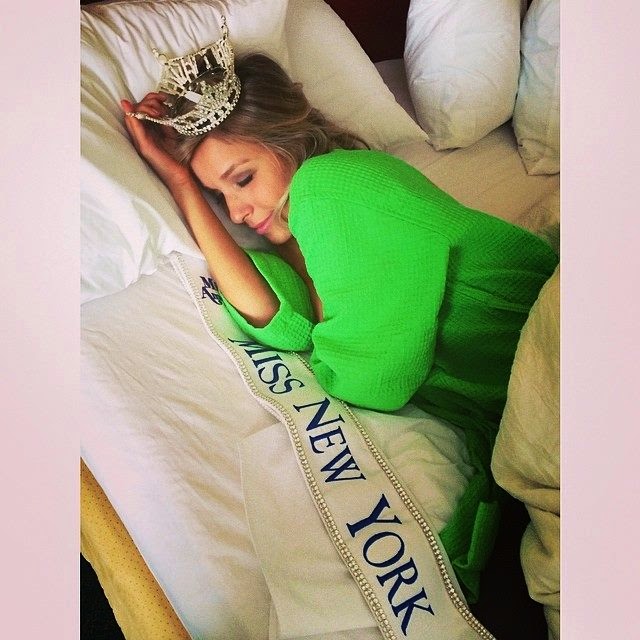 3. Street Smart/Multi-Faceted – Kira is multi-faceted to the core. Her family immigrated from Russia, she was in an abusive relationship, her mother has sewn a large portion of her Miss America clothing/appearance wardrobe (including her on-stage question dress), she was a triple major at Hofstra University (political science, global studies and geography), she speaks Spanish and Russian fluently, she’s a former Nike sponsored golfer, a food blogger and she’s already been accepted to Law School at Notre Dame.  NOT A ONE-TRICK PONY!!!  I expect we’ll hear her speak on a variety of topics throughout her year – she won’t be repeating the same talking points in every interview. 🙂

4.  Fitness – To me, the girl looks like like the most fit Miss America we’ve had in SEVERAL YEARS!!!  Can’t argue with her figure!

5.  Entertainment Trumps Talent – Ok… Obviously, this point has ruffled a few feathers… So, let’s start by being honest.  The girl sang a Top 40 song while sitting on the ground, criss-cross applesauce, and played ‘the cup’.

You may think it’s hokey – and you may think it’s not a ‘trained talent’ – but you need to know that Anna Kendrick’s ‘cup song’ has 155 MILLION views on Vevo!!!  Little girls across America think the cup song is fun and adorable!  That makes Kira extremely relateable to them – rather than Miss America’s previous reputation of being stuffy and aloof. 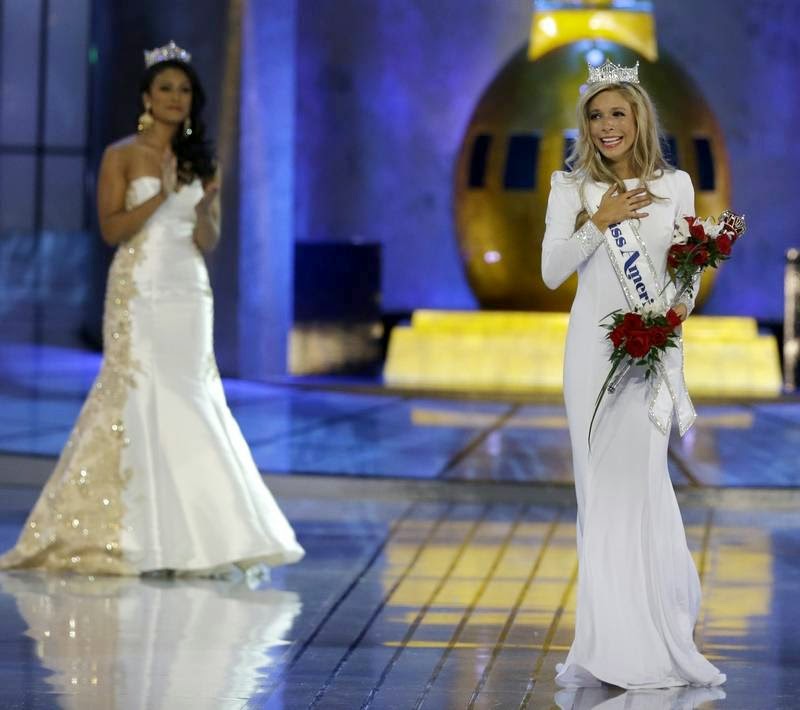 In addition – WE TOLD YOU that the best talent was not going to win this year… Instead – these judges favored Entertaining Talents.  And if you’re a classically trained vocalist, you probably weren’t super entertained by Miss New York, but you know what… a lot of people were.  Especially, a lot of young people.  And if you want Miss America to become a national brand, she needs to be appealing to young girls.  And for the record, I was entertained. 🙂  She made me smile… and I was happy at the end of her performance. 🙂 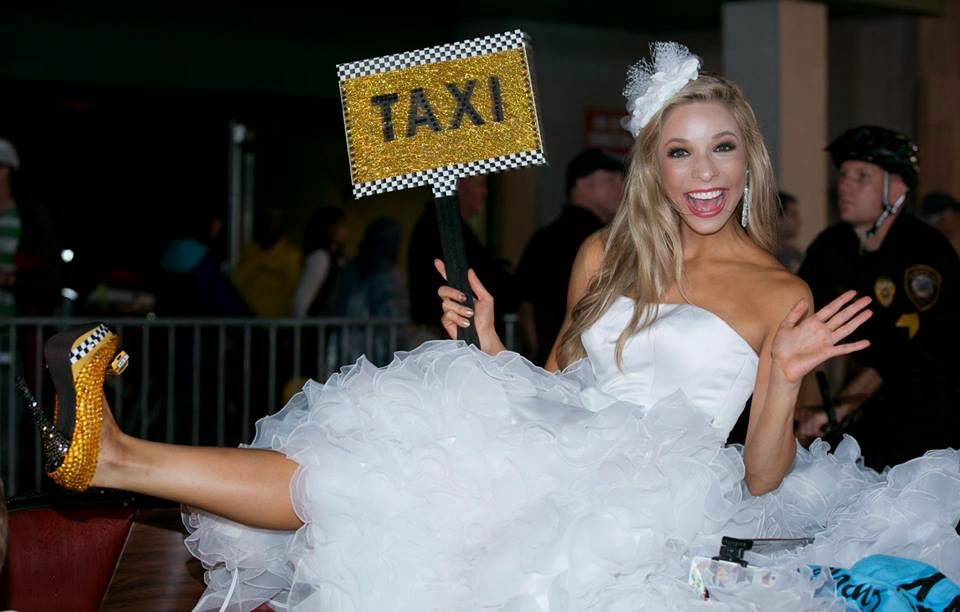 Here’s the deal… Once you have a Top 15, you use the girls’ composite score from the Prelims (worth 30%) plus the next phase of competition.  So – even if you have the best swimsuit of the night, if your composite score barely got you into the Top 15, you don’t necessarily advance.  That’s how it works all night – UNTIL you get to the Top 5.

After all the ladies in the Top 5 have answered their final question, the scores are thrown out.  They don’t matter at all.  Instead – each of the judges is given a “final ballot”.  On that final ballot, each judge ranks who he/she would like to see as the Winner, 1st runner up, 2nd runner up, etc.  The girl who was in 5th place (but made it into the Top 5) can be named the winner if enough judges list her as the winner on the final ballot. 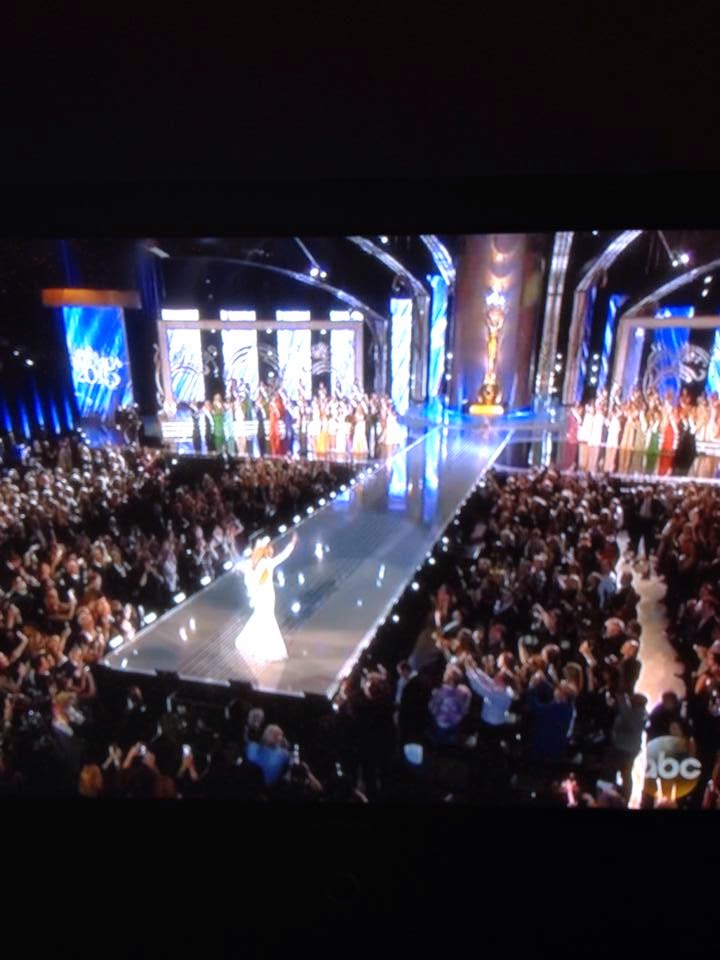 In summary – that’s how Miss New York won (again) 🙂  Plus, I gotta be honest… I feel like Kira isn’t anything like Nina or Mallory… and if she was from a different state, she might be getting a bit more support!  She is sophisticated and approachable.  She is warm and natural.  She was probably completely relaxed, having the time of her life this week, because never in a million years did she think they’d give it to NY 3 times in a row!!!  Although Junkies loved Arkansas and Virginia – I really think the judges got this one right. 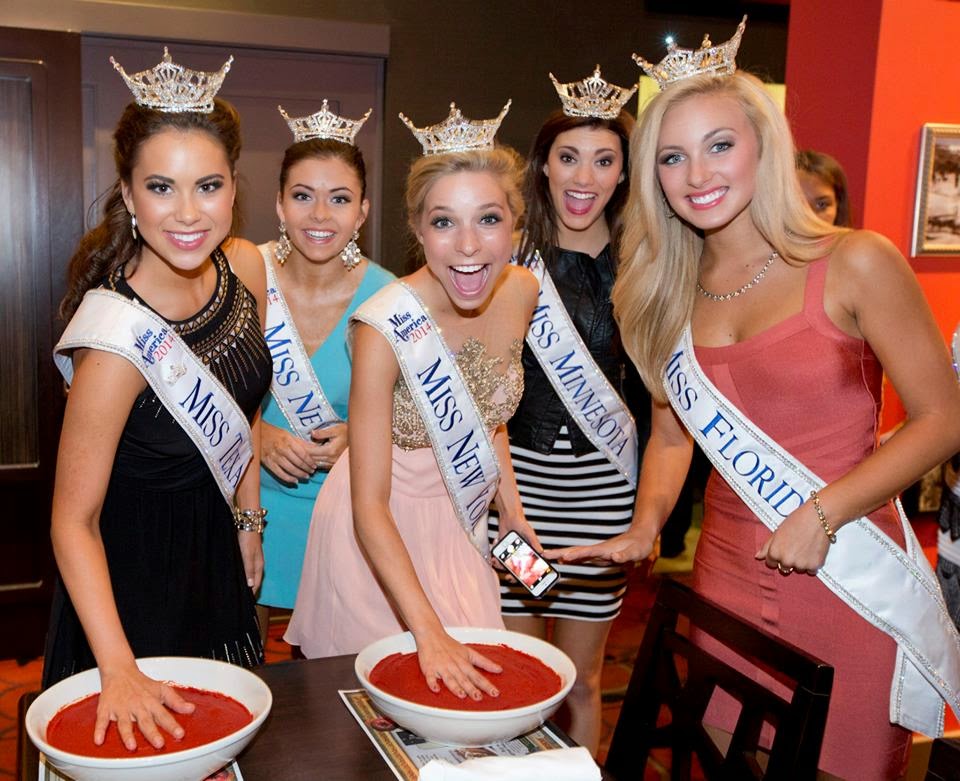 AND NOW – on to some other awards given away last night!

Miss Congeniality and the Judges’ Save – NORTH DAKOTA

Junkies go 12 for 16 to start… And we actually had 6 of the Top 10 picked, but only picked 1 of the final 5.  Again, considering all of our research was done online this year, we’re pretty darn happy with everything except our Final 5 picks.  Something to work on for next year… 🙂

PS – THANKS FOR SWARMING THE NEW WEBSITE!  It actually froze because so many people were trying to access it at the same time!!! YAY!!! 🙂

Finally – There’s hardly ever a year when EVERYONE thinks the right girl won Miss America.  There’s always going to be some detractors – I get that.  But you gotta remember… Junkies started this whole movement because we were frustrated by all the negativity that existed in the online pageant world – and wanted to bring a “more positive tone” to online pageant commentary.  Everyone’s welcome to have an opinion, but message boards and other online outlets are already full of rude and disparaging comments against contestants – Sometimes it’s downright hateful!  At the end of the day, if you’re a Junkie and you feel the need to make ugly comments about any winner (your state or Miss America), then I have not done my job.  I will keep going and do my best to remind everyone what the Junkies stand for.  You don’t have to agree – but we’re not here to contribute to the problem!  We’re here to make an impact in a positive direction. 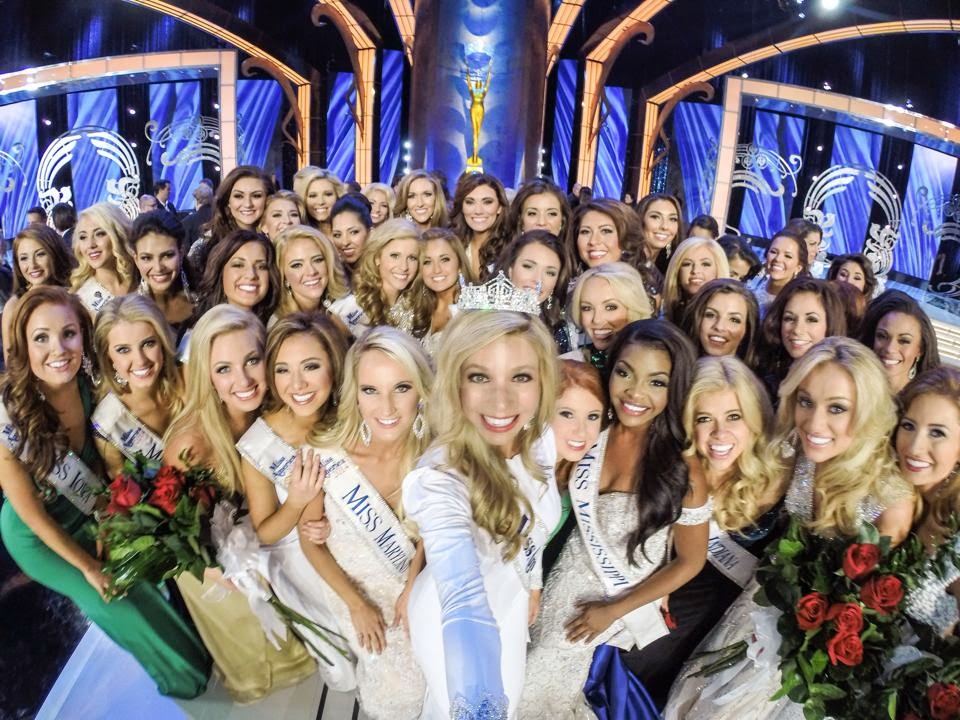 And there you have it!  Don’t write off Kira just yet!  I have a feeling she’s going to surprise a lot of people during her reign and be a wonderful ambassador for the Miss America program!  In the meantime, set your DVR’s to all the morning talk shows and take another look!  I for one, look forward to watching Kira Kazantsev over the next 12 months… She’s poised to be one of my favorite New Yorker’s to date! 🙂 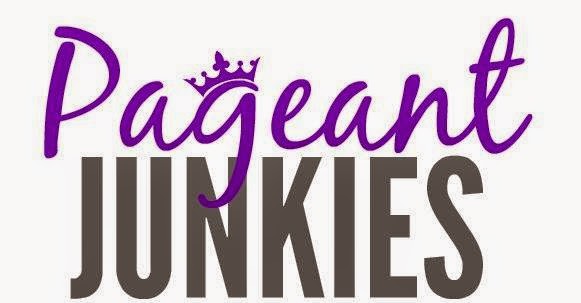